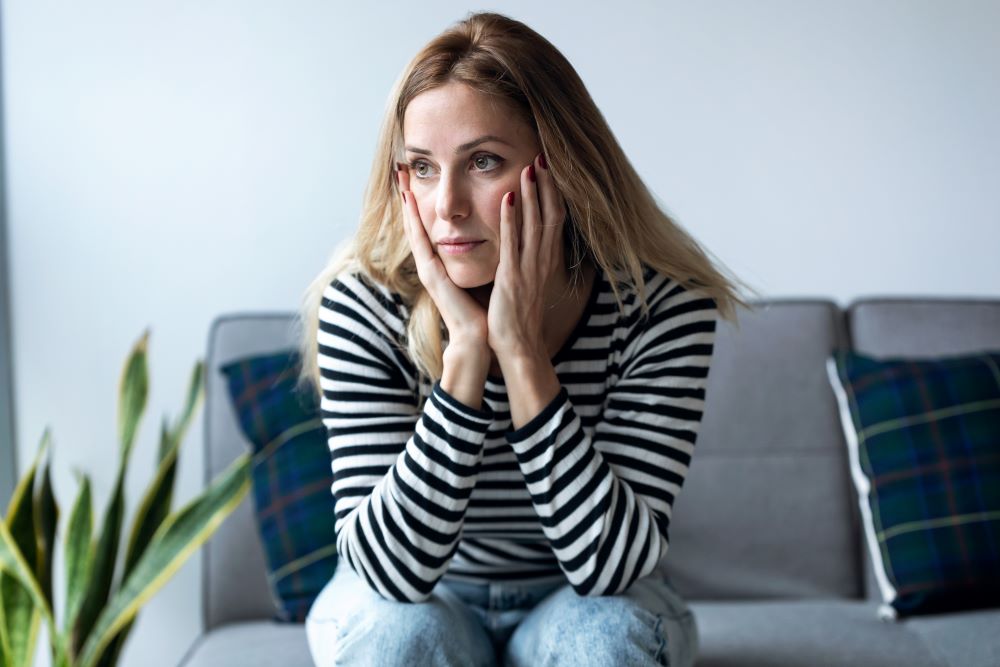 Is There a Link?

When someone is suffering from addiction and has a mental health issue, such as depression, anxiety, bipolar disorder, etc., it is defined as a co-occurring disorder or dual diagnosis.According to the Journal of the American Medical Association, almost 50% of those with a mental health issue also struggle with addiction. 37% of alcoholics have been found to have at least one mental illness occurring simultaneously with the addiction. 53% of those struggling with drug addiction have at least one mental illness coinciding with their addiction. Reports also show that of those diagnosed with a mental illness, 29% are addicted to drugs or alcohol.

It has been found that neither addiction or mental illness cause one another. However, they can affect each other. This is shown in some individuals with mental illness, as they use drugs or alcohol to numb the symptoms of the disorder. Often, this is to alter their mood or cope with their emotions.However, addiction can cause negative side effects. These often make the symptoms of mental illness worse, which causes the individual to use substances more. It can be a vicious cycle as the symptoms they were attempting to relieve can worsen over time as the addiction develops and continues on.

Addiction Can Increase Your Chances

Mental illness can be caused by a number of factors, including your environment, genetics, and other factors. Therefore, if you are already in a position that puts you at risk of mental illness, becoming an addict to drugs or alcohol could push you over the edge and cause you to have one. Examples of this can be found in marijuana abusers often developing psychosis and opioid addicts often developing depression.

The Challenge of Having Both

Mental illness and addiction have their own symptoms. If you have a co-occurring disorder with your addiction, the two could affect each other. Left untreated, the symptoms caused by both could get worse over time.

How Do You Know If You Have an Addiction And/Or Mental Health Problem?

While it is recommended not to self-diagnose and to see a doctor for an official diagnosis, it is important to recognize you have a problem as a first step. Knowing the symptoms of addiction and the mental disorders that often accompany it can help you be more aware that something is wrong and lead you to see a doctor.The most common mental disorders that accompany addiction are depression, anxiety, and bipolar disorder, However, there are others that commonly occur as well, such as schizophrenia, post-traumatic stress disorder, and borderline personality disorder.

For those suffering from addiction and a co-occurring diagnosis, the best option for treatment is to treat both at the same time. This way, you are able to treat both disorders with the goal of long-term recovery in mind.Treatment for mental illness may include medication, support from peers, individual or group counseling sessions, and changes to your daily routine. Treatment for addiction may include detoxification, withdrawal management, behavioral therapy, or support groups. All of the treatments will work together to help you maintain your sobriety and help you manage your mental illness.

Going through the darkness of addiction while simultaneously suffering from a mental illness can be grueling. While one does not necessarily cause the other, the symptoms from the two can make each other worse. Left untreated, you can put yourself at risk for serious physical and mental health consequences. Knowing the symptoms to look for is a good starting point, but seeing a professional is crucial. If you or someone you love is suffering a dual diagnosis, NorthStar Transitions can help. Contact them today at (303) 558-6400 to begin the first steps toward recovery and a life of happiness.