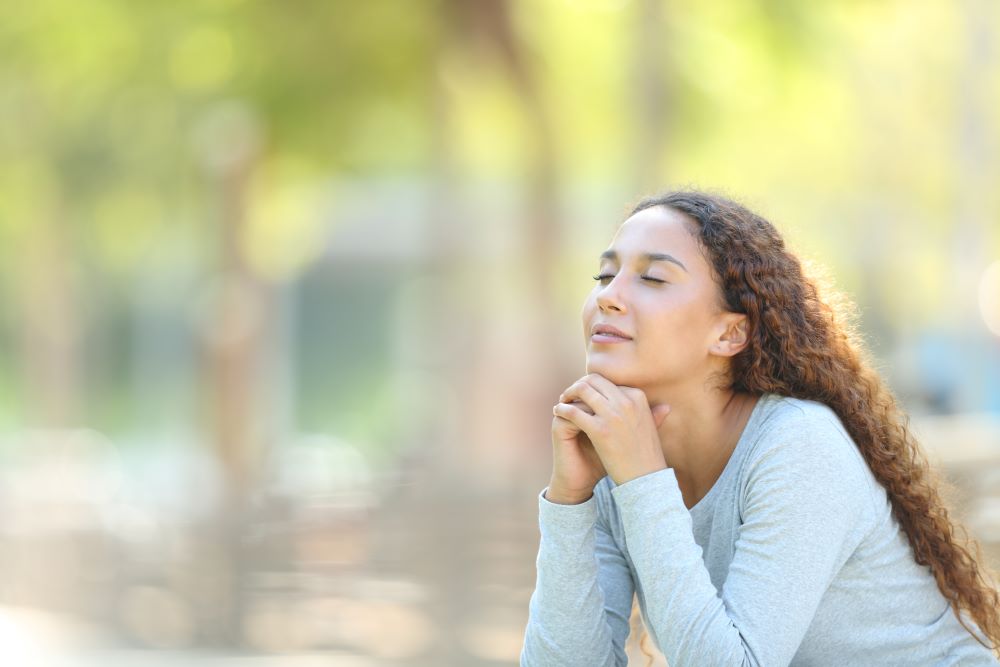 Mindfulness, simply stated, is the practice of gaining self-awareness. It is derived from ancient trans-Himalayan philosophies of contemplation and cultivation of awareness. Research has shown that frequent practice of mindfulness exercises produces substantial changes in trait-like predispositions to being mindful in everyday life, even without being engaged in mediation. Although mindfulness-based treatment programs are a fresh take on recovery, there is plenty of emerging data to provide evidence of its efficacy.

The Role of Mindfulness in Recovery

In recovery, mindfulness allows patients to focus on the present, rather than the past or future. This is especially useful when it comes to dealing with cravings or unwanted thoughts about substances. Rather than avoid the feelings or emotions that come with those cravings, mindfulness teaches people to name and tolerate their feelings. It allows them to take a non-judgmental approach to their habits or behaviors. The practice of mindfulness gives people an insight into how to deal with negative emotions and situations by allowing compassionate reflection rather than reaching for a substance.If a patient is invited to a small gathering of peers and they know there is going to be an illegal substance or alcohol there, they may begin to stress. They may wonder if they will drink or they may worry that if their peers pressure them, they will cave. How will it make them look to turn anything down? With mindfulness, people can recognize those thoughts as fictitious scenarios.They can deal with these thoughts appropriately. This is a moment when people realize they have a choice. They don’t have to cave to peer pressure; they can choose not to drink. It may help them cope with the realization they have to change their peer group, as well. Mindfulness gives the tools needed to be aware of environmental triggers and how to avoid them.Practicing mindfulness also helps in coping with psychological issues that may have influenced substance abuse or developed during recovery. Researchers have used MRI scans to monitor the brain’s reaction to mindfulness exercises. According to the scans, the grey matter in the region of the brain known for its role in stress—the amygdala—can become smaller after the exercises are performed.The reduction of stress is important in a patient’s motivation for recovery. Ultimately, mindfulness gives those in treatment the tools to properly deal with their emotions and stressors without self-medicating.

Because mindfulness-based relapse prevention (MBRP) is an emerging practice, there has been a rush by researchers to test its efficacy. While an overwhelming amount of evidence points towards a decrease in relapse rates, some evidence points to it being a selective treatment, something that is not one-size-fits-all. A healthcare provider will know how to make the best decisions and provide effective options. Thus, mindfulness exercises should be applied with discretion.A 2013 study found that those exposed to MBRP showed significantly lower rates of substance use and greater decreases in craving, following treatment. Using MRI imaging data, research suggests that MBRP may change neural responses to the experiences of craving and negative affect, which may reduce the risk of relapse. Other research shows evidence that mindfulness fosters a feeling of acceptance and non-judgment towards a person’s addiction.Some studies find that the continued practice of mindfulness gives people an improved ability to recognize and address issues that influence their well-being such as mental illness or trauma. This type of introspective tool supports long-term outcomes.A recently published paper suggests that the type of treatment that works for a patient may be influenced by their disposition. If a person already approaches their behaviors and tendencies with awareness, non-judgment, and acceptance, then they will be more successful in mindfulness-based treatment. However, mindfulness can be learned. Someone without that disposition will likely need a more vigorous and lengthy treatment.Also, what is going on psychologically with a person will determine the efficacy of mindfulness-based treatment. Is there trauma that needs to be addressed? Some mood disorders make concentration and self-awareness more tedious for some than others. Anxiety is a disorder that can shatter a person’s concentration. It’s vital that patients are being treated for these issues in order to ensure the best outcome with mindfulness-based treatment.

There needs to be a more substantial selection of studies on mindfulness before anyone can definitively say that treatments based around the concept are in any way superior to others. What the research does suggest is that adding mindfulness exercises into a person’s treatment can improve their motivation for a successful recovery and decrease their chances of relapse.This is linked to the person’s newfound ability to confront their emotions or proclivities without judgment and become aware of what triggers their cravings. Keep in mind, these studies are not only composed of empirical data but also MRI brain scans conducted on subjects after completing mindfulness exercises.

Mindfulness teaches people to deal with what is, and not focus on what they think ought to be. At Northstar Transitions, we believe the more a person focuses on the moment-to-moment aspects of their lives or routines, the less likely they are to give in to cravings. They become mindful of their choice and the fact that they hold the key to their freedom, in that respect. Whether you choose to add mindfulness exercises into your practice or not, Northstar Transition is here to provide you the best way to a life of sobriety and a new you. Call Northstar Transitions now at (303) 558-6400.