The Connection Between Mental Health and Addiction 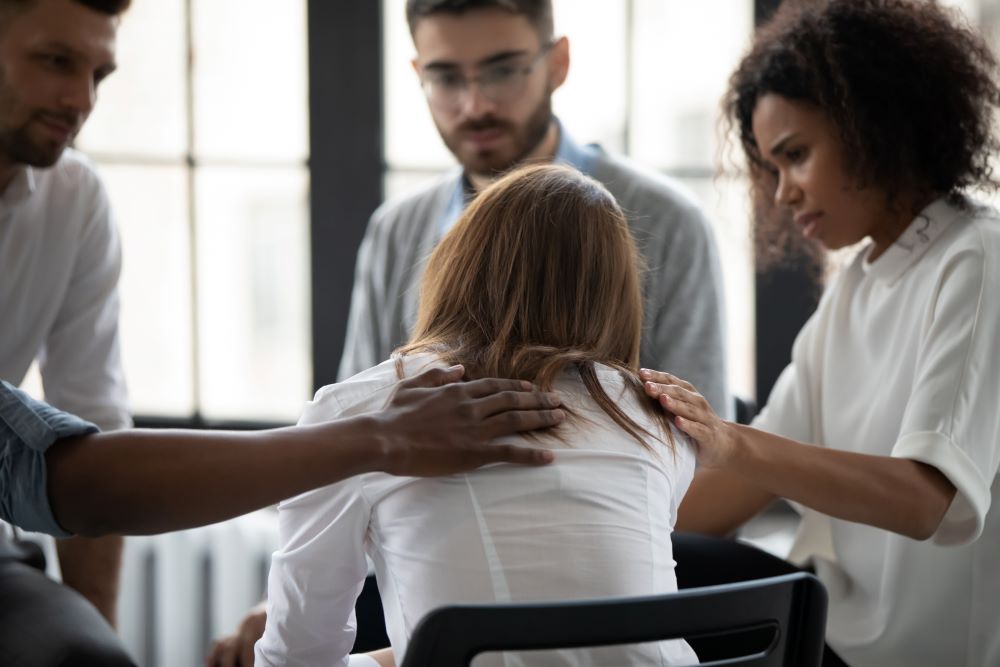 There is substantial research that shows a direct correlation between drug abuse and mental illness. Mental illnesses such as anxiety, personality disorders, and depression show a high association with substance abuse, especially opioids.This is mostly because these illnesses may be undiagnosed and people are dealing with the symptoms the best way they know how to or it is because they do not have the proper resources to get clinical help for their diagnosis. The most important step at treating both mental illness and addiction is identifying the mental illness and understanding it’s influence on addiction.While many people begin using substances as a way to self-medicate their symptoms, using drugs in this manner usually makes the symptoms worse. This is because these substances are a temporary fix to a bigger issue. It’s like putting a band-aid on a wound that needs sutures. Eventually, the band aid will lose its grip and the wound will be exposed again.This is very true for issues such as PTSD. Many people who suffer from trauma do not understand their behaviors stem from their trauma. They feel it may be a flaw in their personality, which is not at all true. Working through trauma can be a lifelong battle, which means their addiction will be a lifelong battle, as well.

Mental illness and addiction both have genetic implications. It is proven that mental disorders like bipolar disorder or schizophrenia can be passed down through genes. There is much discussion on this being true for substance abuse. You may have heard this a lot when discussing alcoholism.The genetic correlation between mental illness and addiction means that it is something that a person needs clinical help with. If the mental illness is being passed down through genetics, the drug user may have unaddressed trauma stemming from growing up in a dysfunctional home. The dynamics of mental health of which genetics play a role in, are vast and are continually being studied.If genes play a role in addiction and mental illness, you can imagine how tedious this makes recovery. There needs to be a recognition that an underlying mental illness exists that may have led to the development of the addiction. This is why a lot of treatment models use cognitive behavioral therapy (CBT). CBT uses techniques to help patients relearn behaviors that may have stemmed from their addiction or mental illness.

You may have heard many clinical therapists use terms such as “behaviors of” or “habits of” rather than “symptoms of” mental illness because, while physical symptoms may appear (like nausea, heart palpitations, and headaches), the disease usually manifests as behaviors people display or habits they’ve learned to protect themselves.For example, someone with a schizoid personality disorder may display behaviors to prevent rejection, such as codependency. If the person is not aware of the underlying issue of a personality disorder, their behaviors seem normal to them.They have no idea their thought processes are unhealthy.The same can go for addiction. If a drug user is not aware of the behaviors they learned through drug use, they may repeat them after leaving treatment. This increases their chances of relapsing. Many addiction treatment providers will endorse post-treatment psychiatric care. This can help the patient further deal with any unresolved issues that either caused or stemmed from the addiction.

Growing Up With Co-Occurring Disorders

The correlation between substance abuse and mental illness is especially prevalent in the youth population. There are a couple of reasons for this. First, at such a young age, a child’s brain is not fully developed, yet. The brain is not considered fully developed until age 25, leading to very immature thought processes.This makes it harder for children to process their emotions in a healthy way. They do not understand why they feel the way they are feeling and may begin to find substances that help fix those issues. If they do not understand these issues, how do they relay them to an adult to receive help?This leads to another reason youth populations are more susceptible to substance abuse. With immature emotions, a child does not have the confidence in themselves to approach a parent or authority figure about emotional or substance issues.They can’t talk to their peers in a meaningful, objective way either, because their emotional immaturity presents them with the same roadblocks. This is why it is important to take an active role in a child’s life and make sure they know there are people who they can talk to without ridicule or fear of punishment.Although there is a stigma on mental illness, just as there is an addiction, it seems to be subsiding for mental illnesses. Many people don’t see addiction as a disease, but if we can view it in the same respects as a mental illness, it becomes easier to understand. Addiction is a disease because it physiologically changes a person’s brain the same way a mental illness does.Neither of these is a choice. People do not choose to be mentally unwell, and they do not choose to be addicted. There are proven biological correlations between these two diseases. It’s important to understand where your unhealthy behaviors and habits come from and if they are influencing substance abuse so that you can receive the best possible care.

There seem to be many emerging models of addiction treatment that incorporate mental health therapy. Both of these being very pressing issues in society, Northstar Transitions provides personalized care over many models to help recovery from co-occurring disorders. Many people may be undiagnosed when they enter treatment, and Northstar is here to properly educate those in recovery about the commonality of dual-diagnosis. Northstar Treatment is here to help you achieve your recovery goals. Call us now at 1-303-558-6400.