When Does Excessive Drinking Cross the Line Into Alcoholism? 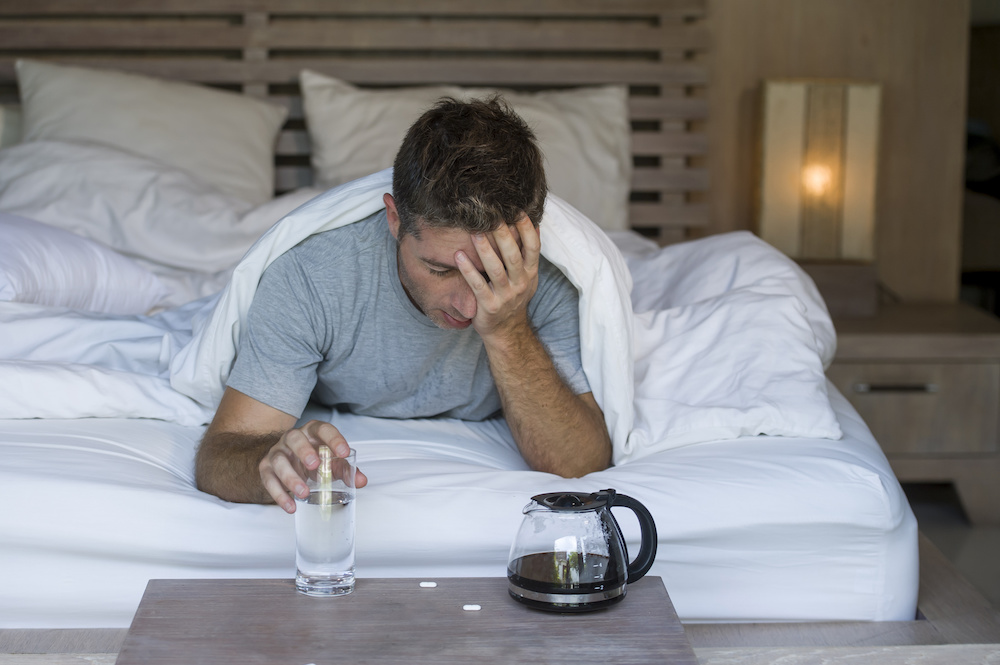 When it comes to drinking, everyone has their own limits that they should be aware of. You know when you have had too much to drink, and you know how many drinks it takes for you to cross that line. Everyone should be aware of this limit, but they should also be mindful of when excessive drinking turns into alcoholism. With help from the National Institute on Alcohol Abuse and Alcoholism and MedlinePlus, knowing if you have crossed the line into alcoholism is easy. The stages outlined can help you learn the signs and symptoms of when you or someone you love is approaching that line. Get the help you need by learning these stages now.

Stage one of alcoholism is the most challenging stage to detect any problems. It occurs when the individual is experimenting with alcohol. Individuals in this stage like to test their limits and see how much their bodies can consume without going overboard. However, these individuals, commonly young adults, often go overboard and practice binge drinking. Binge drinking is defined as “drinking so much at once that your blood alcohol concentration (BAC) is 0.08% or more.” These amounts will be different between men and women, as men’s bodies can usually filter alcohol quicker than women’s. Binge drinking for men is five or more drinks in a few hours, while it is four or more drinks for women. Binge drinking can lead to serious health complications and even death. You can start to become dependent on alcohol over time as well.

Stage two begins when a person starts to drink more frequently. Instead of binge drinking once in a while or only with friends, an individual may find themselves drinking alone after work or every weekend. They most likely drink for multiple reasons and occasions, from spending time with friends to relieving stress to dealing with boredom. The person begins to associate drinking alcohol with feeling good, so they continue finding more excuses to drink. Over time, the individual will become dependent on alcohol and pose a higher risk of developing alcoholism.

Stage two ends when frequent drinking begins impacting an individual’s life in negative ways. At this stage, the person starts losing control of their alcohol consumption and can be labeled as a “problem drinker.” Being a “problem drinker” doesn’t necessarily mean that a person drinks every day, but the problem is significant enough that it has a profound effect on daily life. The individual may begin to hide their alcohol consumption to ensure that those around them don’t ask questions. Even so, they still may be in denial that they have a problem in the first place. The consequences can become too much to ignore at this stage, though, as the individual begins having emotional issues such as anxiety and depression, feeling sick from frequent drinking, or sleeping problems. They may also start to engage in unhealthy, risky behaviors such as driving or getting into legal trouble due to their consumption. More apparent problems in their relationships will begin taking a toll, so they may end up isolating themselves even more; this can lead to stage four.

For stage four, it is necessary to understand the difference between dependence and addiction. A person can be dependent on alcohol without being addicted to it. However, dependence is criteria for substance use disorder (SUD), but a person must meet one or more criteria to be diagnosed with mild SUD. Dependence is the next step after problem drinking. It has the person experiencing withdrawal symptoms such as tremors, sleep problems, sweating, nausea, irritability, and rapid heartbeat when they cease alcohol consumption. The individual may also begin to notice the negative consequences that alcohol is causing in their life but continue drinking despite them. Their tolerance will also be heightened by this point, causing them to need larger amounts of alcohol to achieve the same effects. Tolerance can lead to further physical and mental health consequences in the body and the potential of leading to addiction.

Individuals enter into the final stage of alcoholism when they now depend on alcohol both physically and psychologically. They are no longer drinking because they enjoy it but rather because they need the substance to get through the day. At this stage, it is challenging to quit even if the individual wants to due to withdrawal symptoms and intense cravings. The person poses a higher risk of using other drugs during this stage as well, which can lead to further negative consequences in their life. Rehab is the best option for healing at this stage to help individuals find recovery and long-term sobriety.

Many individuals find themselves caught in the early stages of alcoholism without even realizing it. This can make it challenging to know when excessive drinking crosses the line into alcoholism. By educating people on the stages of alcoholism, the team at NorthStar Transitions hopes to shed light on this disease and help people find healing. We believe that you do not have to reach stage five before seeking treatment. In fact, early intervention will give you the best chance at maintaining long-term sobriety. However, even if you are in stage five, our individualized programs are here to help you find healing. Located in the beautiful Rocky Mountains, our facility has been tailored to address each patient’s exact recovery needs. Our team of expert clinical staff will work with you one on one to give you the best care possible. Call us today at (303) 558-6400 to learn more and experience the NorthStar difference.